One direction recently announced that they would be releasing their third perfume which would be called “You & I”. Since I already own the boys two first fragrances ( ” Our Moment & That Moment” )  buying this one isn’t even a question. 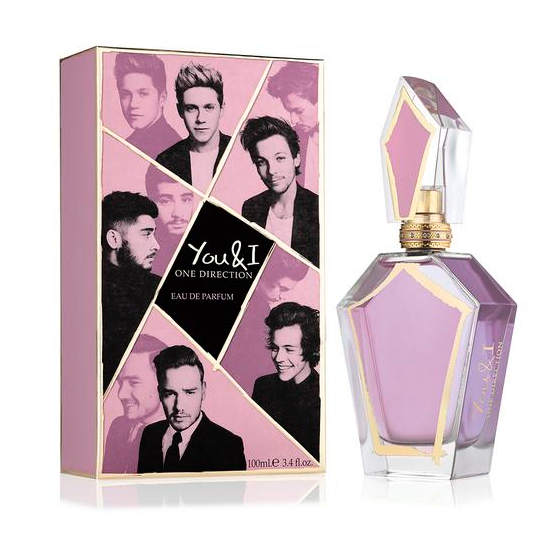 “According to OneDirectionFragrance.com, You & I the fragrance will smell like “Bright splashes of mango and refreshing grapefruit are combined with a heart of creamy osmanthus, exotic orchid and soft peony to offer a romantic signature that captures the peak of nature in bloom. Background notes of musk, indulgent praline and sandalwood blend to wrap the fragrance in smooth, seamless harmony.” – “taken from musictimes.com”

Basically I can’t wait to smell this baby, Im sure it smells just as amazing as the first two fragrances!

It is set to be released in Canada August 25, 2014 at your local Shoppers Drug Mart.